Nigerian mafia in Italy for null.

Once again to realize the existence of a serious problem of security and public order we must await the striking fact, the massacre, the murder; it is not only regret but also anger for a foolish way to face  civil coexistence.


After this brief sermon, let's get to the facts: what is the Nigerian mafia?


First of all it is a mafia in the juridical sense, that is a criminal organization that, overcoming the concept of simple organization dedicated to the commission of an indeterminate number of crimes in the context of a criminal design shared by a structure, makes use of the force of intimidation which derives from the associative bond to generate psychological subjection among the victims to the point of limiting their free will. In other words, in the victim prevails the fear of any retaliation that the criminal association can put in place when it does not comply with its demands.


The arrival in Italy of the first Nigerian criminal organizations can be roughly identified around the end of the eighties when the phenomenon of prostitution of young Nigerian women spread prevalently in the center-north. Along with prostitution, the trafficking and smuggling of narcotics also spread by Nigerian organizations. Over time these have conquered the shopping plazas of the great Italian cities, have created an enclave in the area of the Domitian coast and have even managed to guard the district of Ballarò, the heart of Palermo mafia.


These organizations, which we said to be strictly of the mafia type, have an international connotation essentially guaranteed by the following factors:


~   the development of a diaspora connected to the exponential demographic increase in a very strong rease in the country of origin to which an adequate internal social response does not correspond;


~   the internal situation in the country strongly characterized by inter-ethnic violence, are about 250 Nigerian ethnic groups, sharpened by the different religious faiths, the resource-poor North Islamic, the oil-rich southern Christian;


~   the shift in the past of the routes of international cocaine traffic that found in Nigeria the country with the greatest storage of the production of Colombia, Bolivia and Peru.


Briefly, these are the determining characteristics of the intrinsic and structural strength of the Nigerian criminal organizations capable of opposing the main mafias in the world in an absolutely equal relationship.


Now we come to the magical rituals that are grounded in a syncretism that has amalgamated the ancestral beliefs of an animistic type to an unhealthy interpretation of the Christian faith introduced by the Anglo-Saxon colonial experience.


I can assure that esoteric rites of various kinds exert an absolutely binding force on women victims of trafficking to which they cannot escape. Obviously, the poor and extra-urban extraction of girls who are sent to prostitution outside the country must be taken into account.


These practices are not typified as regards the components of the Nigerian criminal organizations, at least today, since there remains for them a similarity of affiliation in all, with the physiological adaptations, to those well known to us as belonging to the local mafias.


The murder, certainly ritual, of the poor Pamela, can be part of a series of rituals related to the Nigerian crime: it would be, if it were proved, a precedent in the history of the Italian Nigerian mafia.
a febbraio 14, 2018 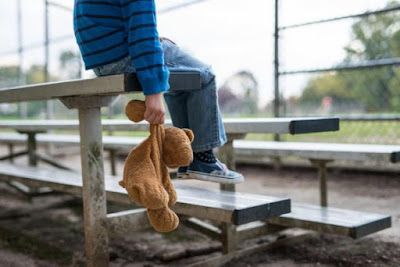