Recently the Mexican newspaper Reforma has revelead how criminal groups are making efforts to gain profit from intervening in the business of reconstruction following the Manuel and Ingrid Hurricanes that have hit in particular the Mexican state of Guerrero.
Catastrophes are an opportunity not only for the entrepreneurs and dinamica propone but also for Organized Crime.
Alfredo Arcos, the president of e Mexican Chamber of the Industry of Construction told the Reforma that "...criminal groups are claiming 5/10 percent of the contract price on reconstruction project..."
It is incredibile to find out how criminale acts in the very same way all around the world facing the same problems or opportunity. For decades so far, Italian mafias: Cosa Nostra, Camorra and 'Ndrangheta asked the same percentage for any contract work to be done on the respective territories. It is  called    Pizzo 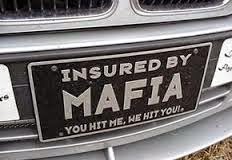 more or less the same of the Mexican Piso incredibly even in phonetic sense. It should be considered as an additional taxation to be considered if you would like to get into the business, otherwise you will suffer the criminal retaliation such as kidnapping, arsonist attack, or ant the first step just threats. In Italy the system has worked smoothly for years and still does. All knows that you should pay to do business especially in specific regions; what has happened in the recent years is that this system works no more just the atavistic one such as those on the south, but this also on the North of the Peninsula.
As you maybe will know in the 2015 Milan Will host the World World exposition but since 2012, even thought it was predictable, there have been many investigations on rigged contracts and interference by the 'Ndragheta int the Construction's business.
In 1980 happened the same with the reconstruction of the Irpinia smaschera by a catastrophic earthquake. The the Camorra made millions getting directly involved in the economic reconstruction framework. It is clear that all knows about the this possibility but this si not enough to stop it. Why? This is the very important question to ask!
The answer is simple and at the same time articolate; above all no one in the economic world would like to avoid the chance to make business; then Organized Crime represent an opportunity on different ways. When an enterprise has the OC support no one will interfere, it will be possible to avoid many administrative trouble, the unions will be silenced and so on. By the OC point of view it is an opportunity not only for make money but -and this is the most dangerous effect for the society at large- to set a network of relationships that will help the OC to acquire more resilience which is the capacity to react and get rid of any problem you will face. The more you are resilient the easier will be avoid any pollice effort to fight you. Furthermore the Italian experience shows that thanking this capacity to infiltrate the period of reconstruction mafias gain so much money and power that it is possibile to define it as Karl Marks did in The Capital: "...Primary Capital...". This is the first step for any criminal network towards a more structured form of organization more and more dangerous for the collectivity be cause it involves the political and economical level.


As suggested in the InSightCrime analysis the fragmentation of bigger cartels call for a diversification of activities by the smaller group no more capsule to relying just on drug trafficking. This is without any doubt agreeable but it conceal an even worst problem: the increase of resilience level. In fact When an OC set a network of relationships at local level, with time, it acquire power, influence the political scenario, the economic world and in the end the social life. So it will be tackled in every way and with any effort the criminal groups that are trying to take advantage by the Hurricanes damages and process of reconstruction.
Pubblicato da antonio