Discussing about organized crime in South Africa and the Mafia System 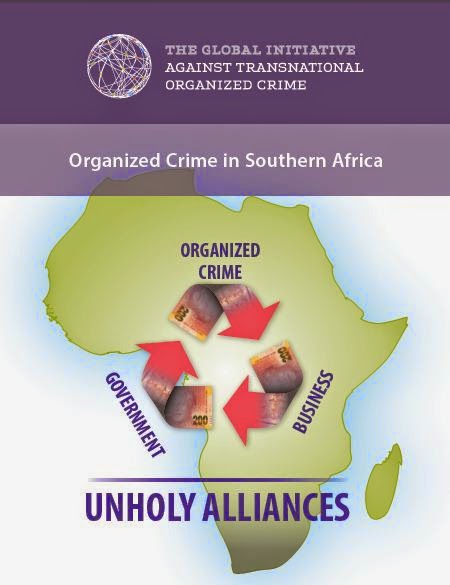 The Global Initiative against organized crime in which I am honored to take part as expert-member, issued very recently a report titled:
Organized Crime in Southern Africa. Part of the Global Initiative against Transnational Organized Crime series on Governance, Development and State Fragility.
http://www.globalinitiative.net/unholy-alliances-organized-crime-in-southern-africa/
The core of it is about the Unholy alliances between Organized Crime, Government and Economic emerged analyzing Organized Crime situation in South Africa.
I am very concerned and focused on this matter because of my studies and research on Mafia Model that emerged studying the Italian Sicilian mafia, the Camorra and the ’ndrangheta revealing the ability –along the time passing- to evolve in something more structured and resilient: the MAFIA SYSTEM.
The very first question for me was: how it is possible that this forms of criminality are actives for so long time? Starting from it I developed a theory based on the evidence on converging and simultaneous interest of the three actors: Organized Crime, Economy and Politic. About the results of my studies I am writing a book that starting from the origin of these mafias and the analyzing the way evolved in Italy in order to extract a model that can be compared with the similar experience all around the world. This is in my point of view a very interesting way of approaching this matter because it is possible to use the same key experience to avoid, or at least curb, the emergence of similar resilient mafias in other countries.
And this is why, apart from the intrinsic value, I have found very important the work done by the Global Initiative about the organized crime situation in Africa. It is clear for me that there are a lots of similarity between the emergence, in particular about the Italian Sicilian mafia and the ‘ndrangheta experience, with the ongoing evolution on many criminal actors in South Africa. Of course this comparison is not at all a mere academic exercise with no practical  value, on the contrary, it is aimed to suggest the possible tools to curb the criminal escalation defining the best practices to this goal.
Starting from the fact that I agree that “…focus excessively on using seizure data to capture the extent and nature of criminal flows have overlooked the ways in which organized crime impacts on citizens and the state, which is essential in an African context…” is a misleading way to start and focus on the OC potential development in a specific area; what is more reliable is to us and index developed on the base of other similar experience tailored for the context having in mind the differences. This step help us to focus on the worst areas affected by OC and evaluate at the same time the level of danger these are posing to civil society. In South Africa as The GlobaI Initiative report shows Protection Economies have developed in a range of contexts and this is the sign that the Mafia System is still acting and provoking damages that will affect these territories for decades ahead. It is a vicious circle in which every single actor act protecting his interest and doing so helping the others to survive and gain power. It was so in Italy for example with the mafiosi investing their money in the Vatican bank helped by some Italian politician, or systematically, and this is still the case, direct votes for election at the Italian parliament or local administrative entities. In terms of money laundering, for example white collar crime is possible if the Mafia System is protected at local level by local politician which benefit from both criminal and facilitators. At the base of this modus operandi  we find the corruption which affect all the levels of responsibilities in the bureaucratic machine. But if the laws is not good enough to prevent and tackle this  illegal behavior who is in charge for modify it? Who else if not Politician of course. The Mafia System is nowadays a very serious problem not only for South Africa but for many others countries all around the word such as Italy.
Suggesting to read the Global initiative report -I would say- it is encouraging to see that a good pattern has been started to a better comprehension of the organized crime peculiarity.